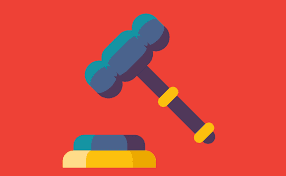 People have fundamental tendencies to punish immoral actors and treat close others altruistically. What happens when these tendencies collide—do people punish or protect close others who behave immorally? Across 10 studies (N = 2,847), we show that people consistently anticipate protecting close others who commit moral infractions, particularly highly severe acts of theft and sexual harassment. This tendency emerged regardless of gender, political orientation, moral foundations, and disgust sensitivity and was driven by concerns about self-interest, loyalty, and harm. We further find that people justify this tendency by planning to discipline close others on their own. We also identify a psychological mechanism that mitigates the tendency to protect close others who have committed severe (but not mild) moral infractions: self-distancing. These findings highlight the role that relational closeness plays in shaping people’s responses to moral violations, underscoring the need to consider relational closeness in future moral psychology work.

These findings also clarify the mechanisms through which people reconcile behaving loyally (by protecting close others who commit moral infractions) at the cost of behaving dishonestly while allowing an immoral actor to evade formal punishment (by lying to a police officer). It does not appear that people view close others’ moral infractions as less immoral: A brother’s heinous crime is still a heinous crime.  Instead, when people observe close others behaving immorally, we found through an exploratory linguistic coding analysis that they overwhelmingly intend to enact a lenient form of punishment by confronting the perpetrator to discuss the act. We suspect that doing so allows a person to simultaneously (a) maintain their self-image as a morally upstanding individual and (b) preserve and even enhance the close relationship, in line with the finding in Studies 1d and 1e that protecting close others from legal fallout is viewed as an act of self-interest. These tactics are also broadly consistent with prior work suggesting that people often justify their own immoral acts by focusing on positive consequences of the act or reaffirming their own moral standing (Bandura, 2016). In contrast, we found that when people observe distant others behaving immorally, they report greater intentions to subject these individuals to external, formal means of punishment, such as turning them in to law enforcement or subjecting them to social ostracization.