Should we create artificial moral agents? A Critical Analysis 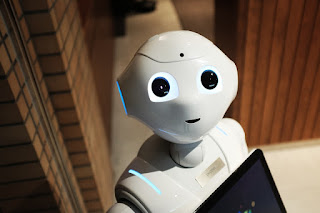 So what argument is being made? At first, it might look like Sharkey is arguing that moral agency depends on biology, but I think that is a bit of a red herring. What she is arguing is that moral agency depends on emotions (particularly second personal emotions such as empathy, sympathy, shame, regret, anger, resentment etc). She then adds to this the assumption that you cannot have emotions without having a biological substrate. This suggests that Sharkey is making something like the following argument:

(1) You cannot have explicit moral agency without having second personal emotions.

(2) You cannot have second personal emotions without being constituted by a living biological substrate.

(3) Robots cannot be constituted by a living biological substrate.

Assuming this is a fair reconstruction of the reasoning, I have some questions about it. First, taking premises (2) and (3) as a pair, I would query whether having a biological substrate really is essential for having second personal emotions. What is the necessary connection between biology and emotionality? This smacks of biological mysterianism or dualism to me, almost a throwback to the time when biologists thought that living creatures possessed some élan vital that separated them from the inanimate world. Modern biology and biochemistry casts all that into doubt. Living creatures are — admittedly extremely complicated — evolved biochemical machines. There is no essential and unbridgeable chasm between the living and the inanimate.