Principles of karmic accounting: How our intuitive moral sense balances rights and wrongs 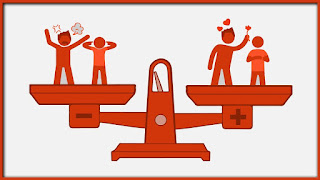 We are all saints and sinners: Some of our actions benefit other people, while other actions harm people. How do people balance moral rights against moral wrongs when evaluating others’ actions? Across 9 studies, we contrast the predictions of three conceptions of intuitive morality—outcome- based (utilitarian), act-based (deontologist), and person-based (virtue ethics) approaches. Although good acts can partly offset bad acts—consistent with utilitarianism—they do so incompletely and in a manner relatively insensitive to magnitude, but sensitive to temporal order and the match between who is helped and harmed. Inferences about personal moral character best predicted blame judgments, explaining variance across items and across participants. However, there was modest evidence for both deontological and utilitarian processes too. These findings contribute to conversations about moral psychology and person perception, and may have policy implications.

These  studies  begin  to  map  out  the  principles  governing  how  the  mind  combines  rights  and wrongs to form summary judgments of blameworthiness. Moreover, these principles are explained by inferences  about  character,  which  also  explain  differences  across  scenarios  and  participants.  These results overall buttress person-based accounts of morality (Uhlmann et al., 2014), according to which morality  serves  primarily  to  identify  and  track  individuals  likely  to  be  cooperative  and  trustworthy social partners in the future.

These results also have implications for moral psychology beyond third-party judgments. Moral behavior is motivated largely by its expected reputational consequences, thus studying the psychology of  third-party  reputational  judgments  is  key  for  understanding  people’s  behavior  when  they  have opportunities  to  perform  licensing  or  offsetting acts.  For  example,  theories  of  moral  self-licensing (Merritt et al., 2010) disagree over whether licensing occurs due to moral credits (i.e., having done good, one can now “spend” the moral credit on a harm) versus moral credentials (i.e., having done good, later bad  acts  are  reframed  as  less  blameworthy).