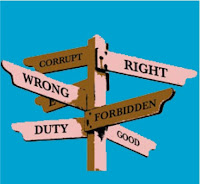 We propose that the making of moral judgments is an act of categorization; people categorize events, behaviors, or people as ‘right’ or ‘wrong’. This approach builds on the currently dominant dual-processing approach to moral judgment in the literature, providing important links to developmental mechanisms in category formation, while avoiding recently developed critiques of dual-systems views. Stable categories are the result of skill in making context-relevant categorizations. People learn that various objects (events, behaviors, people etc.) can be categorized as ‘right’ or ‘wrong’. Repetition and rehearsal then results in these categorizations becoming habitualized. According to this skill formation account of moral categorization, the learning, and the habitualization of the forming of, moral categories, occurs as part of goal-directed activity, and is sensitive to various contextual influences. Reviewing the literature we highlight the essential similarity of categorization principles and processes of moral judgments. Using a categorization framework, we provide an overview of moral category formation as basis for moral judgments. The implications for our understanding of the making of moral judgments are discussed.