Want To Reduce Suicides? Follow The Data — To Medical Offices, Motels And Even Animal Shelters 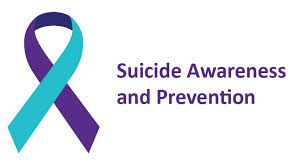 Experts have long believed that suicide is preventable, and there are evidence-based programs to train people how to identify and respond to folks in crisis and direct them to help. That’s where Debra Darmata, Washington County’s suicide prevention coordinator, comes in. Part of Darmata’s job involves running these training programs, which she described as like CPR but for mental health.

The training is typically offered to people like counselors, educators or pastors. But with the new data, the county realized they were missing people who may have been the last to see the decedents alive. They began offering the training to motel clerks and housekeepers, animal shelter workers, pain clinic staffers and more.

It is a relatively straightforward process: Participants are taught to recognize signs of distress. Then they learn how to ask a person if he or she is in crisis. If so, the participants’ role is not to make the person feel better or to provide counseling or anything of the sort. It is to call a crisis line, and the experts will take over from there.

Since 2014, Darmata said, more than 4,000 county residents have received training in suicide prevention.

“I’ve worked in suicide prevention for 11 years,” Darmata said, “and I’ve never seen anything like it.”

The sheriff’s office has begun sending a deputy from its mental health crisis team when doing evictions. On the eviction paperwork, they added the crisis line number and information on a county walk-in mental health clinic. Local health care organizations have new procedures to review cases involving patient suicides, too.