Will Past Criminals Reoffend? (Humans are Terrible at Predicting; Algorithms Worse) 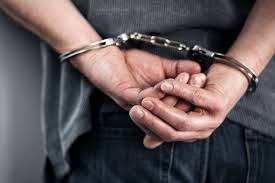 Based on the wider variety of experimental conditions, the new study concluded that algorithms such as COMPAS and LSI-R are indeed better than humans at predicting risk. This finding makes sense to Monahan, who emphasizes how difficult it is for people to make educated guesses about recidivism. “It’s not clear to me how, in real life situations—when actual judges are confronted with many, many things that could be risk factors and when they’re not given feedback—how the human judges could be as good as the statistical algorithms,” he says. But Goel cautions that his conclusion does not mean algorithms should be adopted unreservedly. “There are lots of open questions about the proper use of risk assessment in the criminal justice system,” he says. “I would hate for people to come away thinking, ‘Algorithms are better than humans. And so now we can all go home.’”

Goel points out that researchers are still studying how risk-assessment algorithms can encode racial biases. For instance, COMPAS can say whether a person might be arrested again—but one can be arrested without having committed an offense. “Rearrest for low-level crime is going to be dictated by where policing is occurring,” Goel says, “which itself is intensely concentrated in minority neighborhoods.” Researchers have been exploring the extent of bias in algorithms for years. Dressel and Farid also examined such issues in their 2018 paper. “Part of the problem with this idea that you're going to take the human out of [the] loop and remove the bias is: it’s ignoring the big, fat, whopping problem, which is the historical data is riddled with bias—against women, against people of color, against LGBTQ,” Farid says.