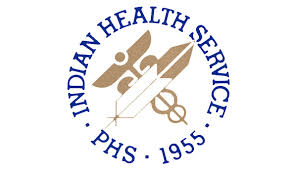 The new allegations aren’t the first about Dr. Ibarra-Perocier, some of the people familiar with the matter said. At least two nurses accused him internally of workplace sexual harassment in past years, the people said. Dr. Ibarra-Perocier’s wife, who left her job due to illness in 2017 and died the next year, was his supervisor during that time, they said.

The inspectors concluded the agency had focused so narrowly on medical providers who commit child sexual abuse that it didn’t adequately direct employees on how to respond to other kinds of perpetrators, victims or types of abuse.

A separate White House task force convened to examine the widening scandal is expected to release additional recommendations for improving safety at the agency’s facilities next week.

The IHS also commissioned a review of its own handling of the Weber case that is expected to lead to additional changes. The private contractor the agency retained to do that work completed its report, but the agency has withheld the document, arguing that it is a record of quality assurance program that by law is confidential.

“IHS is committed to transparency, accountability and continuous improvement,” an agency spokeswoman said in a January statement. “We also respect and protect patient privacy.”