Are Insects Capable of Moral Behavior? 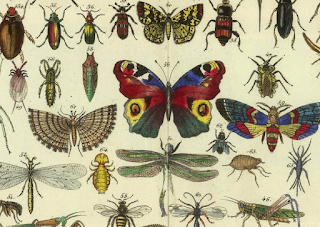 Are insects conscious, capable of a subjective experience of the world? And, if so, can they be moral actors, or victims of immoral acts (like, say, being flushed down the toilet)? These questions interest modern scientists. And, as Jeanette Samyn writes, they also mattered to nineteenth-century naturalists who asked questions about behavior and morality in relation to the nonhuman world.

Writing in the 1810s and 1820s, British entomologists William Kirby and William Spence presented parasites as tools of God. To them, lice represented a punishment for both “personal uncleanliness” and for “oppression and tyranny.”

Still, Kirby, Spence, and other biologists wrestled with whether insects could be moral actors. Were they driven purely by instinct or capable of some sort of reason? And how could their more disgusting behaviors be reconciled with a universe ordered by God? Charles Darwin wrote that it was difficult to believe “that a beneficent & omnipotent God would have designedly created the Ichneumonidae with the express intention of their feeding within the living bodies of caterpillars.” Instead, he wrote, he preferred to “look at everything as resulting from designed laws, with the details, whether good or bad, left to the working out of what we may call chance.” “Not,” he added somewhat glumly, “that this at all satisfies me.”

Other naturalists presented insects as moral beings. Some chose to focus on a few charismatic species—notably bees, which had long been admired as sociable, productive creatures who were helpful to humans. But Samyn points to a different take on the value of insect life presented by Louis Figuier, a French writer who interpreted science for a popular audience.