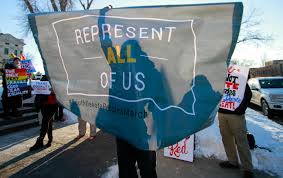 We physicians are not allowed to take critical care away from patients, nor to force interventions on them, just because their bodies and needs don’t fit our personal expectations of “normal.” That’s not a part of our oath. Prioritizing patients means focusing on what they say they need, supporting each patient and their family in age-appropriate ways. The answer is very simple: Individuals must take the lead in making decisions about their own bodies.

Just because individuals are minors now does not mean they won’t have wishes for their bodies in the future. Transgender and intersex youth grow up. When they are denied their own choices, families bear the resulting stress and trauma.

If you don’t know any transgender or intersex kids, it may feel easy to shrug this off. But this is about more than just a few bad bills. Intersex and transgender children’s bodies are being used to uphold regressive ideas about gender’s being based on anatomy and fixed at birth, with medicine used to enforce rather than affirm.

It’s clear to me, as a physician who helps intersex and transgender children live healthy lives, that those who supported the South Dakota bill are putting youth at risk. Nearly 45 percent of transgender youth considered suicide in 2017, according to the Trevor Project. Those numbers are highest when children are not allowed to affirm their gender. Of intersex children who had infant clitoral surgery, 39 percent could not achieve orgasm as adults, compared to 0 percent in a control group. Many families are never told about these types of risks.