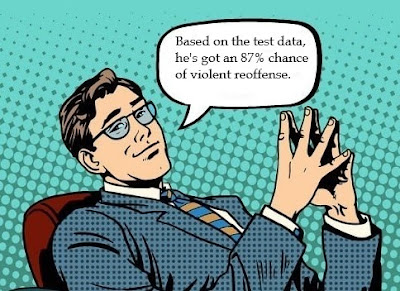 In one of two significant developments, a group of researchers today released evidence of systematic problems with the state of psychological test admissibility in court. The researchers' comprehensive survey found that only about two-thirds of the tools used by clinicians in forensic settings were generally accepted in the field, while even fewer -- only about four in ten -- were favorably reviewed in authoritative sources such as the Mental Measurements Yearbook.

Despite this, psychological tests are rarely challenged when they are introduced in court, Tess M.S. Neal and her colleagues found. Even when they are, the challenges fail about two-thirds of the time. Worse yet, there is little relationship between a tool’s psychometric quality and the likelihood of it being challenged.

“Some of the weakest tools tend to get a pass from the courts,” write the authors of the newly issued report, "Psychological Assessments in Legal Contexts: Are Courts Keeping 'Junk Science' Out of the Courtroom?”

The report, currently in press in the journal Psychological Science in the Public Interest, proposes that standard batteries be developed for forensic use, based on the consensus of experts in the field as to which tests are the most reliable and valid for assessing a given psycho-legal issue. It further cautions against forensic deployment of newly developed tests that are being marketed by for-profit corporations before adequate research or review by independent professionals.