The Dunning-Kruger effect, or why the ignorant think they’re experts 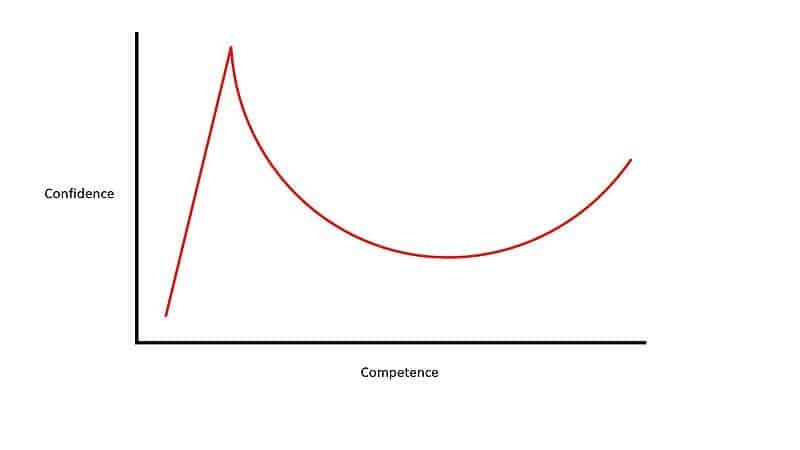 It’s not specific only to technical skills but plagues all walks of human existence equally. One study found that 80% of drivers rate themselves as above average, which is literally impossible because that’s not how averages work. We tend to gauge our own relative popularity the same way.

It isn’t limited to people with low or nonexistent skills in a certain matter, either — it works on pretty much all of us. In their first study, Dunning and Kruger also found that students who scored in the top quartile (25%) routinely underestimated their own competence.

A fuller definition of the Dunning-Kruger effect would be that it represents a bias in estimating our own ability that stems from our limited perspective. When we have a poor or nonexistent grasp on a topic, we literally know too little of it to understand how little we know. Those who do possess the knowledge or skills, however, have a much better idea of where they sit. But they also think that if a task is clear and simple to them, it must be so for everyone else as well.

A person in the first group and one in the second group are equally liable to use their own experience and background as the baseline and kinda just take it for granted that everyone is near that baseline. They both partake in the “illusion of confidence” — for one, that confidence is in themselves, for the other, in everyone else.