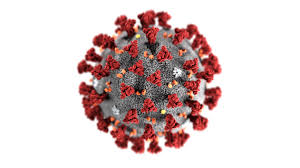 Abstrac
With the COVID-19 pandemic threatening millions of lives, changing our behaviors to prevent the spread of the disease is a moral imperative. Here, we investigated the effectiveness of messages inspired by three major moral traditions on public health behavioral intentions. A sample of US participants representative for age, sex and race/ethnicity (N=1032) viewed messages from either a leader or citizen containing deontological, virtue-based, utilitarian, or non-moral justifications for adopting social distancing behaviors during the COVID-19 pandemic. We measured the messages’ effects on participants’ self-reported intentions to wash hands, avoid social gatherings, self-isolate, and share health messages, as well as their beliefs about others’ intentions, impressions of the messenger’s morality and trustworthiness, and beliefs about personal control and responsibility for preventing the spread of disease. Consistent with our pre-registered predictions, deontological messages had modest effects across several measures of behavioral intentions, second-order beliefs, and impressions of the messenger, while virtue-based messages had modest effects on personal responsibility for preventing the spread. These effects were observed for messages from leaders and citizens alike. Our findings are at odds with participants’ own beliefs about moral persuasion: a majority of participants predicted the utilitarian message would be most effective. We caution that these effects are modest in size, likely due to ceiling effects on our measures of behavioral intentions and strong heterogeneity across all dependent measures along several demographic dimensions including age, self-identified gender, self-identified race, political conservatism, and religiosity. Although the utilitarian message was the least effective among those tested, individual differences in one key dimension of utilitarianism—impartial concern for the greater good—were strongly and positively associated with public health intentions and beliefs. Overall, our preliminary results suggest that public health messaging focused on duties and responsibilities toward family, friends and fellow citizens will be most effective in slowing the spread of COVID-19 in the US. Ongoing work is investigating whether deontological persuasion generalizes across different populations, what aspects of deontological messages drive their persuasive effects, and how such messages can be most effectively delivered across global populations.