Business gets ready to trip 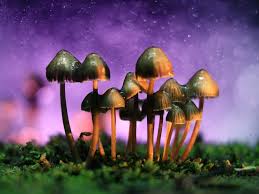 The need for a change in approach is clear. “Mental illness” is an absurdly large grab bag of disorders, but taken as a whole, it exacts an astronomical toll on society. The National Institute of Mental Health says nearly one in five U.S. adults lives with some form of it. According to the World Health Organization, 300 million people worldwide have an anxiety disorder. And there’s a death by suicide every 40 seconds—that includes 20 veterans a day, according to the U.S. Department of Veterans Affairs. Almost 21 million Americans have at least one addiction, per the U.S. Surgeon General, and things are only getting worse. The Lancet Commission—a group of experts in psychiatry, public health, neuroscience, etc.—projects that the cost of mental disorders, currently on the rise in every country, will reach $16 trillion by 2030, including lost productivity. The current standard of care clearly benefits some. Antidepressant medication sales in 2017 surpassed $14 billion. But SSRI drugs—antidepressants that boost the level of serotonin in the brain—can take months to take hold; the first prescription is effective only about 30% of the time. Up to 15% of benzodiazepine users become addicted, and adults on antidepressants are 2.5 times as likely to attempt suicide.

Meanwhile, in various clinical trials, psychedelics are demonstrating both safety and efficacy across the terrain. Scientific papers have been popping up like, well, mushrooms after a good soaking, producing data to blow away conventional methods. Psilocybin, the psychoactive ingredient in magic mushrooms, has been shown to cause a rapid and sustained reduction in anxiety and depression in a group of patients with life-threatening cancer. When paired with counseling, it has improved the ability of some patients suffering from treatment-resistant depression to recognize and process emotion on people’s faces. That correlates to reducing anhedonia, or the inability to feel pleasure. The other psychedelic agent most commonly being studied, MDMA, commonly called ecstasy or molly, has in some scientific studies proved highly effective at treating patients with persistent PTSD. In one Phase II trial of 107 patients who’d had PTSD for an average of over 17 years, 56% no longer showed signs of the affliction after one session of MDMA-assisted therapy. Psychedelics are helping to break addictions, as well. A combination of psilocybin and cognitive therapy enabled 80% of one study’s participants to kick cigarettes for at least six months. Compare that with the 35% for the most effective available smoking-cessation drug, varenicline.