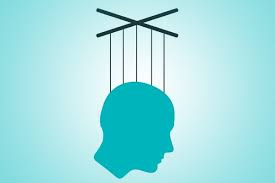 Exceptionality effect is the widely cited phenomenon that people experience stronger regret regarding negative outcomes that are a result of more exceptional circumstances, compared to routine. We hypothesize that the exceptionality-routine attribution asymmetry would extend to attributions of freedom and responsibility. In Experiment 1 (N = 338), we found that people attributed more free will to exceptional behavior compared to routine, when the exception was due to self-choice rather than due to external circumstances. In Experiment 2 (N = 561), we replicated and generalized the effect of exceptionality on attributions of free will to other scenarios, with support for the classic exceptionality effect regarding regret and an extension to moral responsibility. In Experiment 3 (N = 128), we replicated these effects in a within-subject design. When using a classic experimental philosophy paradigm contrasting a deterministic and an indeterministic universe, we found that the results were robust across both contexts. We conclude that there is a consistent support for a link between exceptionality and free will attributions.

Although based on different theoretical frameworks, our results on attributions of free will could be related to the findings of Bear and Knobe (2016). They found that a behavior that was performed “actively” rather than “passively” modifies people’s judgment about the compatibility of this behavior with causal determinism thesis. More concretely, people consider that a behavior performed actively (such as composing a highly technical legal document) is less possible (i.e., less compatible) in a causally deterministic universe than a behavior performed passively (such as impulsively shoplifting from a convenience store; Bear & Knobe, 2016). According to Bear and Knobe (2016), people relied on two cues to determine the active or passive feature of a behavior: mental effort and spontaneity (Bear & Knobe, 2016). By adopting this framework, we may assimilate an exceptional behavior to an active behavior (because its “breaking off from the flow of things,” and require mental effort and spontaneity) and a routine behavior to a passive effort (because it is “going with the flow,” and does not require a mental effort or spontaneity). In the same vein, an agent acting spontaneously is considered freer than an agent acting deliberately (Vierkantet al., 2019). Despite the fact that Vierkant et al. (2019) manipulated the agent’s choice (spontaneous vs. deliberate) in a within-design their study, it may suggest that when deliberation (or mental effort) and spontaneity are experimentally contrasted, it is spontaneity that seems to be the driving force behind the increase of perceived free will of the agent.