Psychologist Who Waterboarded for C.I.A. to Testify at Guantánamo 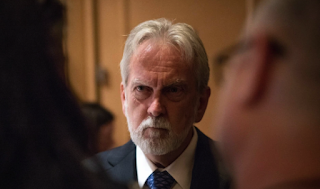 Mr. Mohammed’s co-defendants were subject to violence, sleep deprivation, dietary manipulation and rectal abuse in the prison network from 2002, when the first of them, Ramzi bin al-Shibh was captured, to 2006, when all five were transferred to the prison at Guantánamo Bay. They will also be present in the courtroom.

In the black sites, the defendants were kept in solitary confinement, often nude, at times confined to a cramped box in the fetal position, hung by their wrists in painful positions and slammed head first into walls. Those techniques, approved by George W. Bush administration lawyers, were part of a desperate effort to force them to divulge Al Qaeda’s secrets — like the location of Osama bin Laden and whether there were terrorist sleeper cells deployed to carry out more attacks.

A subsequent internal study by the C.I.A. found proponents inflated the intelligence value of those interrogations.

The psychologists were called by lawyers to testify for one of the defendants, Mr. Mohammed’s nephew, Ammar al-Baluchi. All five defense teams are expected to question them about policy and for graphic details of conditions in the clandestine overseas prisons, including one in Thailand that for a time was run by Gina Haspel, now the C.I.A. director.

Mr. al-Baluchi’s lawyer, James G. Connell III, is spearheading an effort to persuade the judge to exclude from the trial the testimony of F.B.I. agents who questioned the defendants at Guantánamo in 2007. It was just months after their transfer there from years in C.I.A. prisons, and the defense lawyers argue that, although there was no overt violence during the F.B.I. interrogations, the defendants were so thoroughly broken in the black sites that they were powerless to do anything but tell the F.B.I. agents what they wanted to hear.

By law, prosecutors can use voluntary confessions only at the military commissions at Guantánamo.