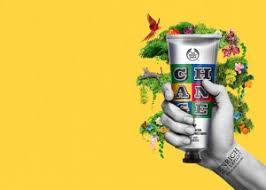 Ethical consumer spending has hit record levels in the UK, according to a new report that reveals the total market – including food, drinks, clothing, energy and eco-travel – has swelled to over £41bn.

Total ethical spending has risen almost fourfold in the past 20 years and outgrown all UK household expenditure, which has been broadly flat, according to the new study from Co-op.

The convenience retailer’s latest Ethical Consumerism report, which has tracked ethical expenditure year by year over the past two decades (adjusted for inflation) is a barometer of the extent to which UK consumers’ shopping habits reflect their concerns about the environment, animal welfare, social justice and human rights.

While back in 1999 the total size of the market was just £11.2bn, the report (which adjusts for inflation) says that, on a conservative basis, it has mushroomed to £41.1bn today. The average spend on ethical purchases per household has grown from a paltry £202 a year in 1999 to £1,278 in 2018. Over the same 20-year period, total general household expenditure has edged up by around 2% in real terms, according to the Office for National Statistics.