Ethically Adrift: How Others Pull Our Moral Compass from True North, and How we Can Fix It 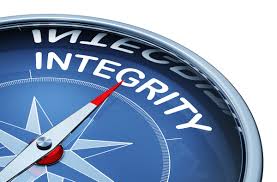 This chapter is about the social nature of morality. Using the metaphor of the moral compass to describe individuals' inner sense of right and wrong, we offer a framework to help us understand social reasons why our moral compass can come under others' control, leading even good people to cross ethical boundaries. Departing from prior work focusing on the role of individuals' cognitive limitations in explaining unethical behavior, we focus on the socio-psychological processes that function as triggers of moral neglect, moral justification and immoral action, and their impact on moral behavior. In addition, our framework discusses organizational factors that exacerbate the detrimental effects of each trigger. We conclude by discussing implications and recommendations for organizational scholars to take a more integrative approach to developing and evaluating theory about unethical behavior.

Even when individuals are aware of the ethical dimensions of the choices they are making, they may still engage in unethical behavior as long as they recruit justifications for it. In this section, we discussed the role of two social–psychological processes – social comparison and self-verification – that facilitate moral justification, which will lead to immoral behavior. We also discussed three characteristics of organizational life that amplify these social–psychological processes. Specifically, we discussed how organizational identification, group loyalty, and framing or euphemistic language can all affect the likelihood and extent to which individuals justify their actions, by judging them as ethical when in fact they are morally contentious. Finally, we discussed moral disengagement, moral hypocrisy, and moral licensing as intrapersonal consequences of these social facilitators of moral justification.