10 Years Ago, DNA Tests Were The Future Of Medicine. Now They’re A Social Network — And A Data Privacy Mess 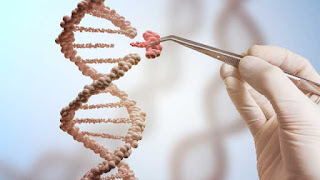 But DNA testing can reveal uncomfortable truths, too. Families have been torn apart by the discovery that the man they call “Dad” is not the biological father of his children. Home DNA tests can also be used to show that a relative is a rapist or a killer.

That possibility burst into the public consciousness in April 2018, with the arrest of Joseph James DeAngelo, alleged to be the Golden State Killer responsible for at least 13 killings and more than 50 rapes in the 1970s and 1980s. DeAngelo was finally tracked down after DNA left at the scene of a 1980 double murder was matched to people in GEDmatch who were the killer's third or fourth cousins. Through months of painstaking work, investigators working with the genealogist Barbara Rae-Venter built family trees that converged on DeAngelo.

Genealogists had long realized that databases like GEDmatch could be used in this way, but had been wary of working with law enforcement — fearing that DNA test customers would object to the idea of cops searching their DNA profiles and rummaging around in their family trees.

But the Golden State Killer’s crimes were so heinous that the anticipated backlash initially failed to materialize. Indeed, a May 2018 survey of more than 1,500 US adults found that 80% backed police using public genealogy databases to solve violent crimes.

“I was very surprised with the Golden State Killer case how positive the reaction was across the board,” CeCe Moore, a genealogist known for her appearances on TV, told BuzzFeed News a couple of months after DeAngelo’s arrest.