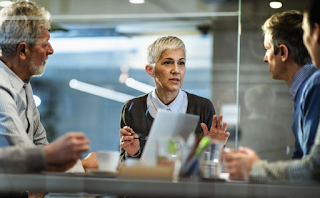 Gender inequality in the business world has been much discussed over the last few years, with a host of mentoring schemes, grants, business books and political activity all aimed at getting women into leadership positions.

But what happens when this goal is achieved? According to new research, unequal gender dynamics still prevail even at the very top. Nicole Votolato Montgomery and Amanda P. Cowen from the University of Virginia found that women CEOs are judged far more harshly than their male counterparts when a business fails ethically. However, when a failure is down to incompetence, they find, women receive less negative backlash.

The team suggests that highlighting such traits in female leaders can “reduce the penalties for female-led organisations”. But others argue that women leaders shouldn’t give in to the pressure of adopting typically “male” traits, and that being helpful and community-focused are actually positive things to bring to the board room. Leaning into stereotypes may not be the best way, long-term, to break them — but either way, it’s clear there’s still a way to go for women in business.