Why Boards Should Worry about Executives’ Off-the-Job Behavior 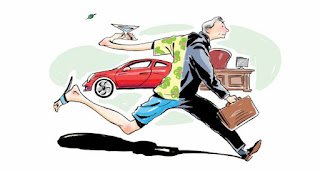 In their most recent paper, the researchers looked at whether executives’ personal legal records—everything from traffic tickets to driving under the influence and assault—had any relation to their tendency to execute trades on the basis of confidential inside information. Using U.S. federal and state crime databases, criminal background checks, and private investigators, they identified firms that had simultaneously employed at least one executive with a record and at least one without a record during the period from 1986 to 2017. This yielded a sample of nearly 1,500 executives, including 503 CEOs. Examining executive trades of company stock, they found that those were more profitable for executives with a record than for others, suggesting that the former had made use of privileged information. The effect was greatest among executives with multiple offenses and those with serious violations (anything worse than a traffic ticket).

Could governance measures curb such activity? Many firms have “blackout” policies to deter improper trading. Because the existence of those policies is hard to determine (few companies publish data on them), the researchers used a common proxy: whether the bulk of trades by a firm’s officers occurred within 21 days after an earnings announcement (generally considered an allowable window). They compared the trades of executives with a record at companies with and without blackout policies, with sobering results: Although the policies mitigated abnormally profitable trades among traffic violators, they had no effect on the trades of serious offenders. The latter were likelier than others to trade during blackouts and to miss SEC reporting deadlines. They were also likelier to buy or sell before major announcements, such as of earnings or M&A, and in the three years before their companies went bankrupt—evidence similarly suggesting they had profited from inside information. “While strong governance can discipline minor offenders, it appears to be largely ineffective for executives with more-serious criminal infractions,” the researchers write.