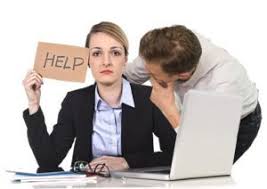 Today, in a landmark case for worker’s rights and workplace accountability, three former executives of telecommunication company Orange (formerly known as France Télécom) were charged with “collective moral harassment” after creating a work environment which was found to have directly contributed to the death by suicide of 35 employees. This included, according to NPR , 19 employees who died by suicide between 2008 and 2009, many of whom “left notes blaming the company or who killed themselves at work.”

Why would a company lead a terror campaign against its own workers? Money, of course: The plan was enacted as part of a push to get rid of 22,000 employees in order to counterbalance $50 million in debt incurred after the company privatized—it was formerly a piece of the French government’s Ministry of Posts and Telecommunications, meaning its employees were granted special protection as civil servants that prevented their higher-ups from firing them. According to the New York Times, the executives attempted to solve this dilemma by creating an “atmosphere of fear” and purposefully stoked “severe anxiety” in order to drive workers to quit. Former CEO Didier Lombard, sentenced to four months in jail and a $16,000 fine, reportedly called the strategies part of a plan to get rid of unwanted employees “either through the window or through the door.” Way to say the quiet part loud, Monsieur!

This is really nice post, I love this content also visit HR Training and Development. Thanks for sharing.