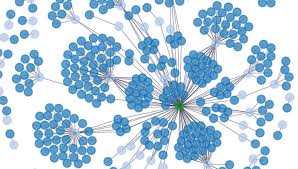 Despite the vagaries of free will and circumstance, human behaviour in bulk is far more predictable than we like to imagine

Polling organisations use a variety of methods to try to minimise these sources of error. Many of these methods are mathematical, but psychological and other factors also come into consideration. Most of us know of stories where polls have confidently indicated the wrong result, and it seems to be happening more often. Special factors are sometimes invoked to ‘explain’ why, such as a sudden late swing in opinion, or people deliberately lying to make the opposition think it’s going to win and become complacent. Nevertheless, when performed competently, polling has a fairly good track-record overall. It provides a useful tool for reducing uncertainty. Exit polls, where people are asked whom they voted for soon after they cast their vote, are often very accurate, giving the correct result long before the official vote count reveals it, and can’t influence the result.

Today, the term ‘social physics’ has acquired a less metaphorical meaning. Rapid progress in information technology has led to the ‘big data’ revolution, in which gigantic quantities of information can be obtained and processed. Patterns of human behaviour can be extracted from records of credit-card purchases, telephone calls and emails. Words suddenly becoming more common on social media, such as ‘demagogue’ during the 2016 US presidential election, can be clues to hot political issues.

The mathematical challenge is to find effective ways to extract meaningful patterns from masses of unstructured information, and many new methods.