The Human Brain Project Hasn’t Lived Up to Its Promise 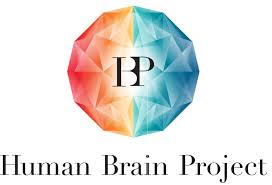 Markram explained that, contra his TED Talk, he had never intended for the simulation to do much of anything. He wasn’t out to make an artificial intelligence, or beat a Turing test. Instead, he pitched it as an experimental test bed—a way for scientists to test their hypotheses without having to prod an animal’s head. “That would be incredibly valuable,” Lindsay says, but it’s based on circular logic. A simulation might well allow researchers to test ideas about the brain, but those ideas would already have to be very advanced to pull off the simulation in the first place. “Once neuroscience is ‘finished,’ we should be able to do it, but to have it as an intermediate step along the way seems difficult.”

“It’s not obvious to me what the very large-scale nature of the simulation would accomplish,” adds Anne Churchland from Cold Spring Harbor Laboratory. Her team, for example, simulates networks of neurons to study how brains combine visual and auditory information. “I could implement that with hundreds of thousands of neurons, and it’s not clear what it would buy me if I had 70 billion.”

In a recent paper titled “The Scientific Case for Brain Simulations,” several HBP scientists argued that big simulations “will likely be indispensable for bridging the scales between the neuron and system levels in the brain.” In other words: Scientists can look at the nuts and bolts of how neurons work, and they can study the behavior of entire organisms, but they need simulations to show how the former create the latter. The paper’s authors drew a comparison to weather forecasts, in which an understanding of physics and chemistry at the scale of neighborhoods allows us to accurately predict temperature, rainfall, and wind across the whole globe.