DC Types Have Been Flocking to Shrinks Ever Since Trump Won. 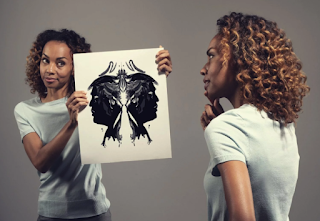 And a Lot of the Therapists Are Miserable.

In Washington, the malaise appears especially pronounced. I spent the last several months talking to nearly two dozen local therapists who described skyrocketing levels of interest in their services. They told me about cases of ordinary stress blossoming into clinical conditions, patients who can’t get through a session without invoking the President’s name, couples and families falling apart over politics—a broad category of concerns that one practitioner, Beth Sperber Richie, says she and her colleagues have come to categorize as “Trump trauma.”

In one sense, that’s been good news for the people who help keep us sane: Their calendars are full. But Trump trauma has also created particular clinical challenges for therapists like Guttman and her students. It’s one thing to listen to a client discuss a horrible personal incident. It’s another when you’re experiencing the same collective trauma.

“I’ve been a therapist for a long time,” says Delishia Pittman, an assistant professor at George Washington University who has been in private practice for 14 years. “And this has been the most taxing two years of my entire career.”

For many, in other words, Trump-related anxieties originate from something more serious than mere differences about policy. The therapists I spoke to are equally upset—living through one unnerving news cycle after another, personally experiencing the same issues as their patients in real time while being expected to offer solace and guidance. As Bindeman told her clients the day after Trump’s election, “I’m processing it just as you are, so I’m not sure I can give you the distance that might be useful.”

This is a unique situation in therapy, where you’re normally discussing events in the client’s private life. How do you counsel a sexual-assault victim agitated by the Access Hollywood tape, for example, when the tape has also disturbed you—and when talking about it all day only upsets you further? How about a client who echoes your own fears about climate change or the treatment of minorities or the government shutdown, which had a financial impact on therapists just as it did everyone else?

Again and again, practitioners described different versions of this problem.