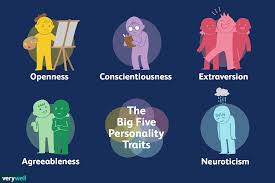 Can personality traits be measured and interpreted reliably across the world? While the use of Big Five personality measures is increasingly common across social sciences, their validity outside of western, educated, industrialized, rich, and democratic (WEIRD) populations is unclear. Adopting a comprehensive psychometric approach to analyze 29 face-to-face surveys from 94,751 respondents in 23 low- and middle-income countries, we show that commonly used personality questions generally fail to measure the intended personality traits and show low validity. These findings contrast with the much higher validity of these measures attained in internet surveys of 198,356 self-selected respondents from the same countries. We discuss how systematic response patterns, enumerator interactions, and low education levels can collectively distort personality measures when assessed in large-scale surveys. Our results highlight the risk of misinterpreting Big Five survey data and provide a warning against naïve interpretations of personality traits without evidence of their validity.