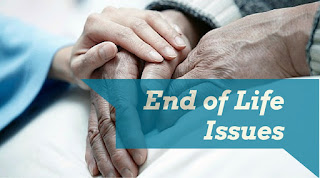 Terminally ill adults in New Jersey will now be able to ask for medical help to end their lives.

In April, Gov. Phil Murphy signed the Medical Aid in Dying for the Terminally Ill Act. It goes into effect Thursday.

It allows adults with a prognosis of six months or less to live to get a prescription for life-ending medication.

Other jurisdictions that allow physician-assisted suicide are: California, Colorado, Oregon, Vermont, Washington, Hawaii, Montana and the District of Columbia.

The law requires either a psychiatrist or psychologist determine that the patient has the mental capacity to make the decision. The prescription is a series of self-administered pills that can be taken at home.

"Allowing residents with terminal illnesses to make end-of-life choices for themselves is the right thing to do," Murphy said in a statement.