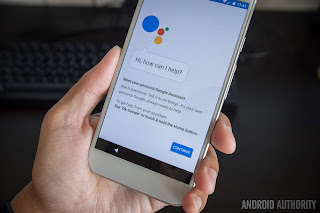 In a blog post Thursday, Google confirmed it employs people world-wide to listen to a small sample of recordings.

The public broadcaster’s report said the recordings potentially expose sensitive information about users such as names and addresses.

It also said Google, in some cases, is recording voices of customers even when they aren’t using Google Assistant [emphasis added].

In its blog post, Google said language experts listen to 0.2% of “audio snippets” taken from the Google Assistant to better understand different languages, accents and dialects.

It is common practice for makers of virtual assistants to record and listen to some of what their users say so they can improve on the technology, said Bret Kinsella, chief executive of Voicebot.ai, a research firm focused on voice technology and artificial intelligence.

“Anything with speech recognition, you generally have humans at one point listening and annotating to sort out what types of errors are occurring,” he said.

In May, however, a coalition of privacy and child-advocacy groups filed a complaint with federal regulators about Amazon potentially preserving conversations of young users through its Echo Dot Kids devices.