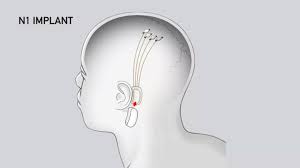 “It’s not going to be suddenly Neuralink will have this neural lace and start taking over people’s brains,” Musk said. “Ultimately” he wants “to achieve a symbiosis with artificial intelligence.” And that even in a “benign scenario,” humans would be “left behind.” Hence, he wants to create technology that allows a “merging with AI.” He later added “we are a brain in a vat, and that vat is our skull,” and so the goal is to read neural spikes from that brain.

The first paralyzed person to receive a brain implant that allowed him to control a computer cursor was Matthew Nagle. In 2006, Nagle, who had a spinal cord injury, played Pong using only his mind; the basic movement required took him only four days to master, he told The New York Times. Since then, paralyzed people with brain implants have also brought objects into focus and moved robotic arms in labs, as part of scientific research. The system Nagle and others have used is called BrainGate and was developed initially at Brown University.

“Neuralink didn’t come out of nowhere, there’s a long history of academic research here,” Hodak said at the presentation on Tuesday. “We’re, in the greatest sense, building on the shoulders of giants.” However, none of the existing technologies fit Neuralink’s goal of directly reading neural spikes in a minimally invasive way.

The system presented today, if it’s functional, may be a substantial advance over older technology. BrainGate relied on the Utah Array, a series of stiff needles that allows for up to 128 electrode channels. Not only is that fewer channels than Neuralink is promising — meaning less data from the brain is being picked up — it’s also stiffer than Neuralink’s threads. That’s a problem for long-term functionality: the brain shifts in the skull but the needles of the array don’t, leading to damage. The thin polymers Neuralink is using may solve that problem.