Why Do People Avoid Facts That Could Help Them? 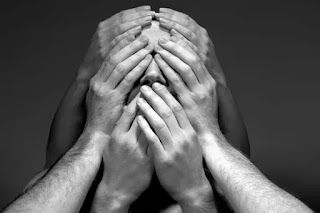 In our information age, an unprecedented amount of data are right at our fingertips. We run genetic tests on our unborn children to prepare for the worst. We get regular cancer screenings and monitor our health on our wrist and our phone. And we can learn about our ancestral ties and genetic predispositions with a simple swab of saliva.

Yet there’s some information that many of us do not want to know. A study of more than 2,000 people in Germany and Spain by Gerd Gigerenzer of the Max Planck Institute for Human Development in Berlin and Rocio Garcia-Retamero of the University of Granada in Spain found that 90 percent of them would not want to find out, if they could, when their partner would die or what the cause would be. And 87 percent also reported not wanting to be aware of the date of their own death. When asked if they’d want to know if, and when, they’d get divorced, more than 86 percent said no.

Related research points to a similar conclusion: We often prefer to avoid learning information that could cause us pain. Investors are less likely to log on to their stock portfolios on days when the market is down. And one laboratory experiment found that subjects who were informed that they were rated less attractive than other participants were willing to pay money not to find out their exact rank.

More consequentially, people avoid learning certain information related to their health even if having such knowledge would allow them to identify therapies to manage their symptoms or treatment. As one study found, only 7 percent of people at high risk for Huntington’s disease elect to find out whether they have the condition, despite the availability of a genetic test that is generally paid for by health insurance plans and the clear usefulness of the information for alleviating the chronic disease’s symptoms. Similarly,participants in a laboratory experiment chose to forgo part of their earnings to avoid learning the outcome of a test for a treatable sexually transmitted disease. Such avoidance was even greater when the disease symptoms were more severe.