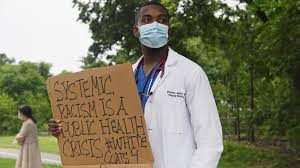 The American Psychiatric Association today announced the members and charge of its Presidential Task Force to Address Structural Racism Throughout Psychiatry. The
Task Force was initially described at an APA Town Hall on June 15 amidst rising calls from psychiatrists for action on racism. It held its first meeting on June 27, and efforts, including the planning of future town halls, surveys and the establishment of related committees, are underway.