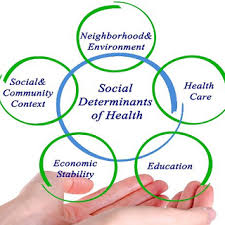 The Clinical Implications of Addressing Race from a Structural Perspective

These brief case examples illustrate the complex ways that seemingly clinically relevant “cultural” characteristics and attitudes also reflect structural inequities, medical politics, legal codes, invisible discrimination, and socioeconomic disparities. Black men who appeared schizophrenic to medical practitioners did so in part because of the framing of new diagnostic codes. Lower-income persons who “refused” to eat well or exercise lived in neighborhoods without grocery stores or sidewalks. Black women who seemed to be uniquely harming their children by using crack cocaine while pregnant were victims of racial stereotyping, as well as of a selection bias in which decisions about which patients were reported to law enforcement depended on the racial and economic segregation of prenatal care. In this sense, approaches that attempt to address issues—such as the misdiagnosis of schizophrenia in black men, perceived diet “noncompliance” in minority populations, or the punishment of “crack mothers”—through a heuristic aimed solely at enhancing cross-cultural communication between doctors and patients, though surely well intentioned, will overlook the potentially pathologizing impact of structural factors set in motion long before patients or doctors enter exam rooms.

Structural factors impact majority populations as well as minority ones, and structures of privilege or opulence also influence expressions of illness and health. For instance, in the United States, research suggests that pediatricians disproportionately overdiagnose ADHD in white school-aged children. Until recently, medical researchers in many global locales assumed, wrongly, that eating disorders afflicted only affluent persons.

Yet of late, medicine and medical education have struggled most with addressing ways that structural forces impact and disadvantage communities of color. As sociologist Hannah Bradby rightly explains it, hypothesizing mechanisms that include the micro-processes of interactions between patients and professionals and the macro-processes of population-level inequalities is a missing step in our reasoning at present…. [A]s long as we see the solution to racism lying only in educating the individual, we fail to address the complexity of racism and risk alienating patients and physicians alike.