Aging in an Era of Fake News 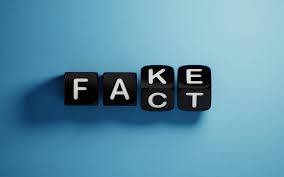 Misinformation causes serious harm, from sowing doubt in modern medicine to inciting violence. Older adults are especially susceptible—they shared the most fake news during the 2016 U.S. election. The most intuitive explanation for this pattern lays the blame on cognitive deficits. Although older adults forget where they learned information, fluency remains intact, and knowledge accumulated across decades helps them evaluate claims. Thus, cognitive declines cannot fully explain older adults’ engagement with fake news. Late adulthood also involves social changes, including greater trust, difficulty detecting lies, and less emphasis on accuracy when communicating. In addition, older adults are relative newcomers to social media and may struggle to spot sponsored content or manipulated images. In a post-truth world, interventions should account for older adults’ shifting social goals and gaps in their digital literacy.

The focus on “facts” at the expense of long-term trust is one reason why I see news organizations being ineffective in preventing, and in some cases facilitating, the establishment of “alternative narratives”. News reporting, as with any other type of declaration, can be ideologically, politically, and emotionally contested. The key differences in the current environment involve speed and transparency: First, people need to be exposed to the facts before the narrative can be strategically distorted through social media, distracting “leaks”, troll operations, and meme warfare. Second, while technological solutions for “fake news” are a valid effort, platforms policing content through opaque technologies adds yet another disruption in the layer of trust that should be reestablished directly between news organizations and their audiences.

A pdf can be found here.