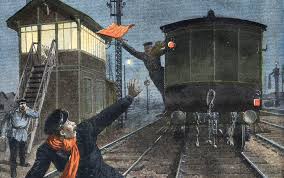 Some philosophers think that ethical thought experiments either are, or have a strong affinity with, scientific experiments. On such a view, thought experiments, like other experiments, when well-designed can allow knowledge to be built via rigorous and unbiased testing of hypotheses. Just as in the randomised controlled trials in which new pharmaceuticals are tested, the circumstances and the types of control in thought experiments could be such as to make the situation very unlike everyday situations, but that is a virtue rather than a vice, insofar as it allows ethical hypotheses to be tested cleanly and rigorously.

There are significant challenges with both the internal and the external validity of thought experiments. It is useful to compare the kind of care with which medical researchers or psychologists design experiments – including validation of questionnaires, double-blinding of trials, placebo control, power calculations to determine the cohort size required and so on – with the typically rather more casual approach taken by philosophers. Until recently, there has been little systematic attempt within normative ethics to test variations of different phrasing of thought experiments, or to think about framing effects, or sample sizes; or the extent to which the results from the thought experiment are supposed to be universal or could be affected by variables such as gender, class or culture. A central ambiguity has been whether the implied readers of ethical thought experiments should be just anyone, or other philosophers; and, as a corollary, whether judgments elicited are supposed to be expert judgments, or the judgments of ordinary human beings. As the vast majority of ethical thought experiments in fact remain confined to academic journals, and are tested only informally on other philosophers, de facto they are tested only on those with expertise in the construction of ethical theories, rather than more generally representative samples or those with expertise in the contexts that the thought experiments purport to describe.