The Moral Determinants of Health 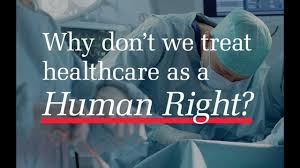 How do humans invest in their own vitality and longevity? The answer seems illogical. In wealthy nations, science points to social causes, but most economic investments are nowhere near those causes. Vast, expensive repair shops (such as medical centers and emergency services) are hard at work, but minimal facilities are available to prevent the damage. In the US at the moment, 40 million people are hungry, almost 600 000 are homeless, 2.3 million are in prisons and jails with minimal health services (70% of whom experience mental illness or substance abuse), 40 million live in poverty, 40% of elders live in loneliness, and public transport in cities is decaying. Today, everywhere, as the murder of George Floyd and the subsequent protests make clear yet again, deep structural racism continues its chronic, destructive work. In recent weeks, people in their streets across the US, many moved perhaps by the “moral law within,” have been protesting against vast, cruel, and seemingly endless racial prejudice and inequality.

Decades of research on the true causes of ill health, a long series of pedigreed reports, and voices of public health advocacy have not changed this underinvestment in actual human well-being. Two possible sources of funds seem logically possible: either (a) raise taxes to allow governments to improve social determinants, or (b) shift some substantial fraction of health expenditures from an overbuilt, high-priced, wasteful, and frankly confiscatory system of hospitals and specialty care toward addressing social determinants instead. Either is logically possible, but neither is politically possible, at least not so far.

Neither will happen unless and until an attack on racism and other social determinants of health is motivated by an embrace of the moral determinants of health, including, most crucially, a strong sense of social solidarity in the US. “Solidarity” would mean that individuals in the US legitimately and properly can depend on each other for helping to secure the basic circumstances of healthy lives, no less than they depend legitimately on each other to secure the nation’s defense. If that were the moral imperative, government—the primary expression of shared responsibility—would defend and improve health just as energetically as it defends territorial integrity.