Amazon Halts Police Use Of Its Facial Recognition Technology 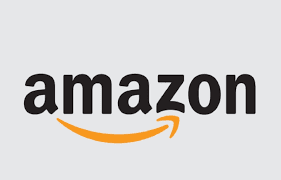 Amazon announced on Wednesday a one-year moratorium on police use of its facial-recognition technology, yielding to pressure from police-reform advocates and civil rights groups.

It is unclear how many law enforcement agencies in the U.S. deploy Amazon's artificial intelligence tool, but an official with the Washington County Sheriff's Office in Oregon confirmed that it will be suspending its use of Amazon's facial recognition technology.

Researchers have long criticized the technology for producing inaccurate results for people with darker skin. Studies have also shown that the technology can be biased against women and younger people.

IBM said earlier this week that it would quit the facial-recognition business altogether. In a letter to Congress, chief executive Arvind Krishna condemned software that is used "for mass surveillance, racial profiling, violations of basic human rights and freedoms."

And Microsoft President Brad Smith told The Washington Post during a livestream Thursday morning that his company has not been selling its technology to law enforcement. Smith said he has no plans to until there is a national law.