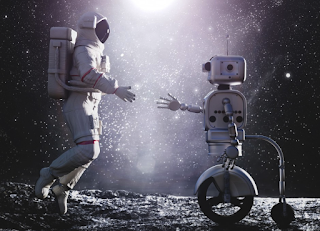 Keeping track of a crew’s mental and emotional health isn’t really a problem for NASA today. Astronauts on the ISS regularly talk to psychiatrists on the ground. NASA ensures that doctors are readily available to address any serious signs of distress. But much of this system is possible only because the astronauts are in low Earth orbit, easily accessible to mission control. In deep space, you would have to deal with lags in communication that could stretch for hours. Smaller agencies or private companies might not have mental health experts on call to deal with emergencies. An onboard emotional AI might be better equipped to spot problems and triage them as soon as they come up.

Akin’s biggest obstacles are those that plague the entire field of emotional AI. Lisa Feldman Barrett, a psychologist at Northeastern University who specializes in human emotion, has previously pointed out that the way most tech firms train AI to recognize human emotions is deeply flawed. “Systems don’t recognize psychological meaning,” she says. “They recognize physical movements and changes, and they infer psychological meaning.” Those are certainly not the same thing.

But a spacecraft, it turns out, might actually be an ideal environment for training and deploying an emotionally intelligent AI. Since the technology would be interacting with just the small group of people onboard, says Barrett, it would be able to learn each individual’s “vocabulary of facial expressions” and how they manifest in the face, body, and voice.