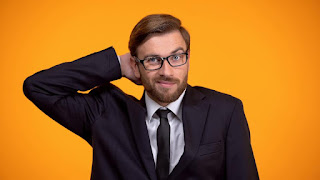 Zombie Myth #1: There are no right and wrong answers in ethics

A simple thought experiment should permanently dispel this myth. Think about a time when you were disciplined or punished for something you firmly believed was unfair. Perhaps you were accused at work of doing something you didn’t do. Your supervisor Mike warned you not to do it again, even though you had plenty of evidence that you were innocent. Even Mike didn’t fire you, your good reputation has been sullied for no good reason.

Suppose you tell your colleague Janice this story, and she responds, “Well, to you Mike’s response was unfair, but from Mike’s point of view, it was absolutely fair.” What would you say to Janice?

A. “You’re right. There are no right or wrong answers in ethics.”

B. “No, Janice. Mike didn’t have a different point of view. He had a mistaken point of view. There are facts at hand, and Mike refused to consider them.”

Perhaps you believed myth #1 before this incident occurred. Now that you’ve been on the receiving end of a true injustice, you see this myth for what it really is: a zombie idea that needs to go to its grave permanently.

Zombie myth #2: Ethics varies from culture to culture and place to place

It’s tempting to treat this myth as true. For example, bribery is a widely accepted way to do business in many countries. At a speech I gave to commercial pilots, an audience member said that the high-level executives on a recent flight weren’t allowed disembark until someone “took care of” a customs official. Either they could give him some money under the table and gain entry into the country, or they could leave.

But just because a practice is widely accepted doesn’t mean it is acceptable. That’s why smart businesses prohibit engaging in unfair international business practices, even if it means losing clients.