The medications that change who we are 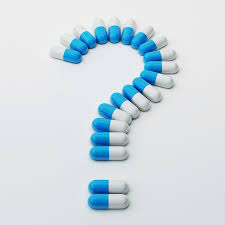 According to Golomb, this is typical – in her experience, most patients struggle to recognise their own behavioural changes, let alone connect them to their medication. In some instances, the realisation comes too late: the researcher was contacted by the families of a number of people, including an internationally renowned scientist and a former editor of a legal publication, who took their own lives.

We’re all familiar with the mind-bending properties of psychedelic drugs – but it turns out ordinary medications can be just as potent. From paracetamol (known as acetaminophen in the US) to antihistamines, statins, asthma medications and antidepressants, there’s emerging evidence that they can make us impulsive, angry, or restless, diminish our empathy for strangers, and even manipulate fundamental aspects of our personalities, such as how neurotic we are.

Research into these effects couldn’t come at a better time. The world is in the midst of a crisis of over-medication, with the US alone buying up 49,000 tonnes of paracetamol every year – equivalent to about 298 paracetamol tablets per person – and the average American consuming $1,200 worth of prescription medications over the same period. And as the global population ages, our drug-lust is set to spiral even further out of control; in the UK, one in 10 people over the age of 65 already takes eight medications every week.

How are all these medications affecting our brains? And should there be warnings on packets?