The Americans dying because they can't afford medical care 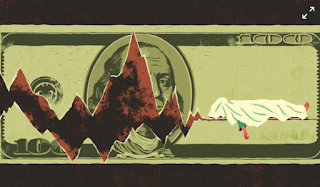 Finley is one of millions of Americans who avoid medical treatment due to the costs every year.

A December 2019 poll conducted by Gallup found 25% of Americans say they or a family member have delayed medical treatment for a serious illness due to the costs of care, and an additional 8% report delaying medical treatment for less serious illnesses. A study conducted by the American Cancer Society in May 2019 found 56% of adults in America report having at least one medical financial hardship, and researchers warned the problem is likely to worsen unless action is taken.

Dr Robin Yabroff, lead author of the American Cancer Society study, said last month’s Gallup poll finding that 25% of Americans were delaying care was “consistent with numerous other studies documenting that many in the United States have trouble paying medical bills”.

US spends the most on healthcare

Despite millions of Americans delaying medical treatment due to the costs, the US still spends the most on healthcare of any developed nation in the world, while covering fewer people and achieving worse overall health outcomes. A 2017 analysis found the United States ranks 24th globally in achieving health goals set by the United Nations. In 2018, $3.65tn was spent on healthcare in the United States, and these costs are projected to grow at an annual rate of 5.5% over the next decade.