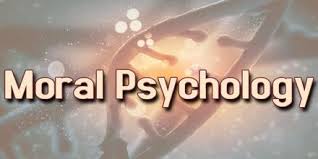 Joshua May
Routledge Encyclopedia of Philosophy

How do we form our moral judgments, and how do they influence behavior? What ultimately motivates kind versus malicious action? Moral psychology is the interdisciplinary study of such questions about the mental lives of moral agents, including moral thought, feeling, reasoning, and motivation. While these questions can be studied solely from the armchair or using only empirical tools, researchers in various disciplines, from biology to neuroscience to philosophy, can address them in tandem. Some key topics in this respect revolve around moral cognition and motivation, such as moral responsibility, altruism, the structure of moral motivation, weakness of will, and moral intuitions. Of course there are other important topics as well, including emotions, character, moral development, self-deception, addiction, well-being, and the evolution of moral capacities.

Some of the primary objects of study in moral psychology are the processes driving moral action. For example, we think of ourselves as possessing free will; as being responsible for what we do; as capable of self-control; and as capable of genuine concern for the welfare of others. Such claims can be tested by empirical methods to some extent in at least two ways. First, we can determine what in fact our ordinary thinking is. While many philosophers investigate this through rigorous reflection on concepts, we can also use the empirical methods of the social sciences. Second, we can investigate empirically whether our ordinary thinking is correct or illusory. For example, we can check the empirical adequacy of philosophical theories, assessing directly any claims made about how we think, feel, and behave.

Understanding the psychology of moral individuals is certainly interesting in its own right, but it also often has direct implications for other areas of ethics, such as metaethics and normative ethics. For instance, determining the role of reason versus sentiment in moral judgment and motivation can shed light on whether moral judgments are cognitive, and perhaps whether morality itself is in some sense objective. Similarly, evaluating moral theories, such as deontology and utilitarianism, often relies on intuitive judgments about what one ought to do in various hypothetical cases. Empirical research can again serve as a tool to determine what exactly our intuitions are and which psychological processes generate them, contributing to a rigorous evaluation of the warrant of moral intuitions.