Psychologist sentenced to four years in prison for healthcare fraud 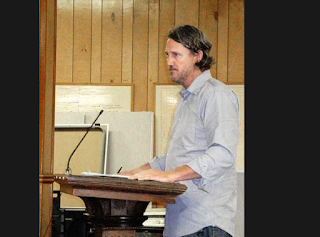 An Armada Township psychologist was ordered to spend more than four years in federal prison for overbilling an insurance company more than $3 million partly to fund opening a Michigan hotel. He also attempted to expand a museum in his hometown.

Smith, who practiced for over 20 years at various locations throughout metro Detroit, submitted claims to Blue Cross Blue Shield of Michigan for reimbursement for services that he did not provide, U.S. Attorneys said in a news release. In three years, Smith fraudulently obtained $3.16 million from Blue Cross Blue Shield. Smith subsequently used hundreds of thousands of dollars to purchase real property, liquor licenses and furniture, in his venture to become a hotelier in Arcadia in northwest Michigan, reportedly known as “Swan Resort.”