How to talk someone out of bigotry 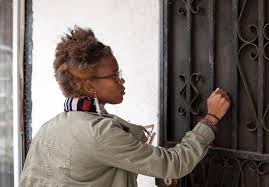 Topping and dozens of other canvassers were a part of that 2016 effort. It was an important study: Not only has social science found very few strategies that work, in experiments, to change minds on issues of prejudice, but even fewer tests of those strategies have occurred in the real world.

Typically, the conversations begin with the canvasser asking the voter for their opinion on a topic, like abortion access, immigration, or LGBTQ rights. Canvassers (who may or may not be members of the impacted community) listen nonjudgmentally. They don’t say if they are pleased or hurt by the response. They are supposed “to appear genuinely interested in hearing the subject ruminate on the question,” as Broockman and Kalla’s latest study instructions read.

The canvassers then ask if the voters know anyone in the affected community, and ask if they relate to the person’s story. If they don’t, and even if they do, they’re asked a question like, “When was a time someone showed you compassion when you really needed it?” to get them to reflect on their experience when they might have felt something similar to the people in the marginalized community.

The canvassers also share their own stories: about being an immigrant, about being a member of the LGBTQ community, or about just knowing people who are.

It’s a type of conversation that’s closer to what a psychotherapist might have with a patient than a typical political argument. (One clinical therapist I showed it to said it sounded a bit like “motivational interviewing,” a technique used to help clients work through ambivalent feelings.) It’s not about listing facts or calling people out on their prejudicial views. It’s about sharing and listening, all the while nudging people to be analytical and think about their shared humanity with marginalized groups.