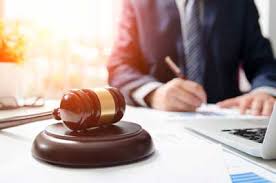 A federal judge has held a Sunbury psychologist in contempt and sanctioned her $8,288 for failing to comply with a subpoena and a court order in a civil case stemming from a 2016 traffic crash.

He called Pinter’s defiance “extraordinary” and pointed out that she never objected to the validity of the subpoena or court order and did not provide an adequate excuse.

“She forced the parties and this court to waste significant and limited resources litigating these motions and convening two hearings for what should have been a routine document production,” he wrote.

The defendants sought information about Kenneth Kerlin of Middleburg from Pinter because she has treated him for years and in his suit he claims the crash, which involved two tractor-trailers, has caused him mental suffering.