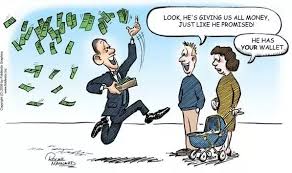 Instead, economists can help by trying to translate people’s preferences for fairness, equality and other moral goals into actionable policy. This requires getting a handle on what amount and types of redistribution people actually want. Some researchers now are attempting to do this.

For example, in a new paper, economists Alain Cohn, Lasse Jessen, Marko Klasnja and Paul Smeets, reasoning that richer people have an outsized impact on the political process, use an online survey to measure how wealthy individuals think about redistribution. Their findings were not particularly surprising; people in the top 5% of the income and wealth distributions supported lower taxes and tended to vote Republican.

The authors also performed an online experiment in which some people were allowed to choose to redistribute winnings among other experimental subjects who completed an online task. No matter whether the winnings were awarded based on merit or luck, rich subjects chose less redistribution.

But not all rich subjects. Cohn and his co-authors found that people who grew up wealthy favored redistribution about as much as average Americans. But those with self-made fortunes favored more inequality. Apparently, many people who make it big out of poverty or the middle class believe that everyone should do the same.

This suggests that the U.S. has a dilemma. A dynamic economy creates lots of new companies, which bring great fortunes to the founders. But if Cohn and his co-authors are right, those founders are likely to support less redistribution as a result. So if the self-made entrepreneurs wield political power, as the authors believe, there could be a political trade-off between economic dynamism and redistribution.