Can Robots Reduce Racism And Sexism? 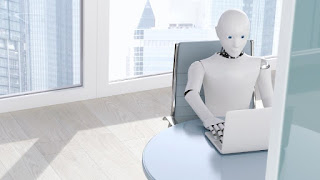 Robots are becoming a regular part of our workplaces, serving as supermarket cashiers and building our cars. More recently they’ve been tackling even more complicated tasks like driving and sensing emotions. Estimates suggest that about half of the work humans currently do will be automated by 2055, but there may be a silver lining to the loss of human jobs to robots. New research indicates that robots at work can help reduce prejudice and discrimination.

Apparently, just thinking about robot workers leads people to think they have more in common with other human groups according to research published in American Psychologist. When the study participants’ awareness of robot workers increased, they became more accepting of immigrants and people of a different religion, race, and sexual orientation.

Basically, the robots reduced prejudice by highlighting the existence of a group that is not human. Study authors, Joshua Conrad Jackson, Noah Castelo and Kurt Gray, summarized, “The large differences between humans and robots may make the differences between humans seem smaller than they normally appear. Christians and Muslims have different beliefs, but at least both are made from flesh and blood; Latinos and Asians may eat different foods, but at least they eat.” Instead of categorizing people by race or religion, thinking about robots made participants more likely to think of everyone as belonging to one human category.