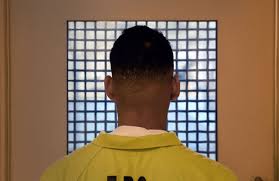 The American Psychological Association expressed shock and outrage that the federal Office of Refugee Resettlement has been sharing confidential psychotherapy notes with U.S. Immigration and Customs Enforcement to deny asylum to some immigrant youths.

“ORR’s sharing of confidential therapy notes of traumatized children destroys the bond of trust between patient and therapist that is vital to helping the patient,” said APA President Sandra L. Shullman, PhD. “We call on ORR to stop this practice immediately and on the Department of Health and Human Services and Congress to investigate its prevalence. We also call on ICE to release any immigrants who have had their asylum requests denied as a result.”

APA was reacting to a report in The Washington Post focused largely on the case of then-17-year-old Kevin Euceda, an asylum-seeker from Honduras whose request for asylum was granted by a judge, only to have it overturned when lawyers from ICE revealed information he had given in confidence to a therapist at a U.S. government shelter. According to the article, other unaccompanied minors have been similarly detained as a result of ICE’s use of confidential psychotherapy notes. These situations have also been confirmed by congressional testimony since 2018.

Unaccompanied minors who are detained in U.S. shelters are required to undergo therapy, ostensibly to help them deal with trauma and other issues arising from leaving their home countries. According to the Post, ORR entered into a formal memorandum of agreement with ICE in April 2018 to share details about children in its care. The then-head of ORR testified before Congress that the agency would be asking its therapists to “develop additional information” about children during “weekly counseling sessions where they may self-disclose previous gang or criminal activity to their assigned clinician,” the newspaper reported. The agency added two requirements to its public handbook: that arriving children be informed that while it was essential to be honest with staff, self-disclosures could affect their release and that if a minor mentioned anything having to do with gangs or drug dealing, therapists would file a report within four hours to be passed to ICE within one day, the Post said.

"For this administration to weaponize these therapy sessions by ordering that the psychotherapy notes be passed to ICE is appalling,” Shullman added. “These children have already experienced some unimaginable traumas. Plus, these are scared minors who may not understand that speaking truthfully to therapists about gangs and drugs – possibly the reasons they left home – would be used against them.”