Incidental emotions in moral dilemmas: the influence of emotion regulation. 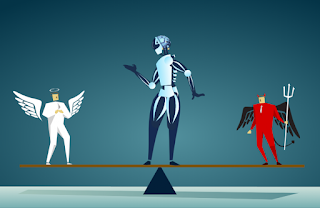 Recent theories have argued that emotions play a central role in moral decision-making and suggested that emotion regulation may be crucial in reducing emotion-linked biases. The present studies focused on the influence of emotional experience and individual differences in emotion regulation on moral choice in dilemmas that pit harming another person against social welfare. During these "harm to save" moral dilemmas, participants experienced mostly fear and sadness but also other emotions such as compassion, guilt, anger, disgust, regret and contempt (Study 1). Fear and disgust were more frequently reported when participants made deontological choices, whereas regret was more frequently reported when participants made utilitarian choices. In addition, habitual reappraisal negatively predicted deontological choices, and this effect was significantly carried through emotional arousal (Study 2). Individual differences in the habitual use of other emotion regulation strategies (i.e., acceptance, rumination and catastrophising) did not influence moral choice. The results of the present studies indicate that negative emotions are commonly experienced during "harm to save" moral dilemmas, and they are associated with a deontological bias. By efficiently reducing emotional arousal, reappraisal can attenuate the emotion-linked deontological bias in moral choice.

Using H2S moral dilemmas, the present studies yielded three main findings: (1) a wide spectrum of emotions are experienced during these moral dilemmas, with self-focused emotions such as fear and sadness being the most common (Study 1); (2) there is a positive relation between emotional arousal during moral dilemmas and deontological choices (Studies 1 and 2); and (3) individual differences in reappraisal, but not other emotion regulation strategies (i.e., acceptance, rumination or catastrophising) are negatively associated with deontological choices and this effect is carried through emotional arousal (Study 2).