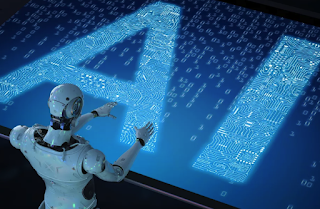 There are tons of ways you can use AI ethically and also unethically. One way that is typically being cited is, for instance, using attributes of people that shouldn't be used. For instance, when granting somebody a mortgage or access to something or making other decisions. Racial profiling is typically mentioned as an example. So, you need to be mindful which attributes are being used for making decisions. How do the algorithms learn? Other ways of abuse of AI is, for instance, with autonomous killer drones. Would we allow algorithms to decide who gets bombed by a drone and who does not? And most people seem to agree that autonomous killer drones are not a very good idea.

The most important thing that a developer can do in order to create ethical AI is to not think of this as technology, but an exercise in self-reflection. Developers have certain biases. They have certain characteristics themselves. For instance, developers are keen to search for the optimal solution of a problem; it is built into their brains. But ethics is a very pluralistic thing. There's different people who have different ideas. There is not one optimal answer of what is good and bad. First and foremost, developers should be aware of their own ethical biases of what they think is good and bad and create an environment of diversity where they test those assumptions and where they test their results. The the developer brain isn't the only brain or type of brain that is out there, to say the least.

So, AI and ethics is really a story of hope. It's for the very first time that a discussion of ethics is taking place before the widespread implementation, unlike in previous rounds where the ethical considerations were taking place after the effects.