Suicide Has Been Deadlier Than Combat for the Military 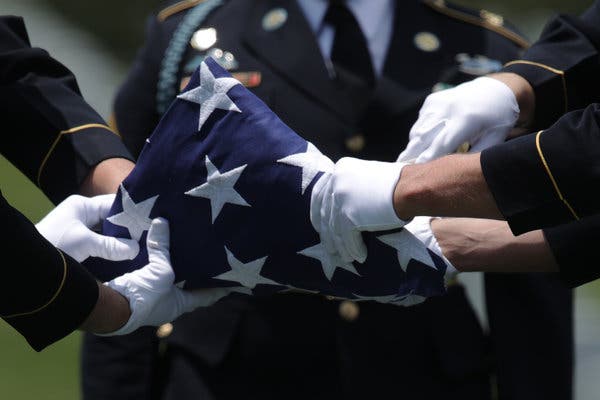 The data for veterans is also alarming.

In 2016, veterans were one and a half times more likely to kill themselves than people who hadn’t served in the military, according to the House Committee on Oversight and Reform.

The risk nearly doubles in the first year after a veteran leaves active duty, experts say.

The Pentagon this year also reported on military families, estimating that in 2017 there were 186 suicide deaths among military spouses and dependents.

Experts say suicides are complex, resulting from many factors, notably impulsive decisions with little warning. Pentagon officials say a majority of service members who die by suicide do not have mental illness. While combat is undoubtedly high stress, there are conflicting views on whether deployments increase risk.

Where there seems to be consensus is that high-quality health care and keeping weapons out of the hands of people in distress can make a positive difference.

Studies show that the Department of Veterans Affairs provides high-quality care, and its Veterans Crisis Line “surpasses most crisis lines” operating today, according to Terri Tanielian, a researcher with the RAND Corporation. (The Veterans Crisis Line is staffed 24/7 at 800-273-8255, press 1. Services also are available online or by texting 838255.)

But Veterans Affairs often can’t accommodate all those needing help, resulting in patients being sent to community-based mental health professionals who lack the training to deal with service members.