For whom does determinism undermine moral responsibility? Surveying the conditions for free will across cultures 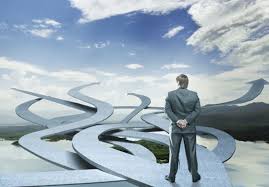 Philosophers have long debated whether, if determinism is true, we should hold people morally responsible for their actions since in a deterministic universe, people are arguably not the ultimate source of their actions nor could they have done otherwise if initial conditions and the laws of nature are held fixed. To reveal how non-philosophers ordinarily reason about the conditions for free will, we conducted a cross-cultural and cross-linguistic survey (N = 5,268) spanning twenty countries and sixteen languages. Overall, participants tended to ascribe moral responsibility whether the perpetrator lacked sourcehood or alternate possibilities. However, for American, European, and Middle Eastern participants, being the ultimate source of one’s actions promoted perceptions of free will and control as well as ascriptions of blame and punishment. By contrast, being the source of one’s actions was not particularly salient to Asian participants. Finally, across cultures, participants exhibiting greater cognitive reflection were more likely to view free will as incompatible with causal determinism. We discuss these findings in light of documented cultural differences in the tendency toward dispositional versus situational attributions.